You can hug the corners of the Hai Van Pass from Hoi An to Hue and see the landscape of Hue, and floating down the picturesque Perfume river (or Huong River), Hue – the former capital of Vietnam – is a must-visit destination on your plan

A city that is bound up in the country’s heritage, Hue is undergoing a revival as casual tourists and history buffs alike make the journey from Hoi An to Hue, to explore the royal tombs, palaces, and monuments built during the Nguyen’s dynasty.

So, what are the not-to-be-missed places in this captivating city, and why should you tag on a tomb-hopping trip to Hue? Read on for our guide to the best historical sites of Hue.

You can see our suggestion for local food and the restaurant here: Hue Cuisine

You can’t have a guide about historical sights without delving a little deeper into just that, the history of the town. And Hue has quite the illustrious past… You can book a tour/ private car services with Hura Car here: Hue city 1 day tour

Located smack bang in the middle of the country, it was the perfect place for the Emperor to create an Imperial City like no other, much of which you can still visit today.

HOW TO GETTING TO HUE

The most popular way to get to Hue is usually via motorbike or private car transfer on the Hoi An to Hue trail, via the breathtaking Hai Van Pass.

If you are more of a fan of rail travel, it’s worth checking out the train from Da Nang to Hue (no train station in Hoi An) or from any province from the north: Dong Hoi Station (Quang Binh province), Ninh Binh Station, Ha Noi station

Have we convinced you to go to Hue? Whether you’re traveling as part of a longer jaunt in the country or using it as a stopover from neighboring Da Nang or Hoi An, the city of Hue is a surprising addition and one that anyone vaguely interested in history has to add to their Vietnam itinerary.

Previous postTu Duc Tomb – An imposing and impressive of the Royal Mausoleums
Next postGetting from Da Nang to Hue: A guest review 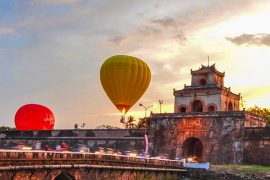 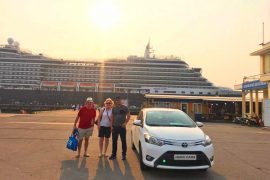 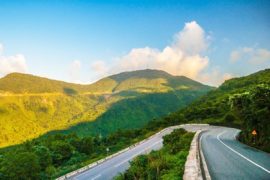 Getting from Da Nang to Hue: A guest review

Tu Duc Tomb – An imposing and impressive of the Royal Mausoleums