Hoi An Japanese Bridge or Chùa Cầu  in Vietnamese is one of the most famous tourist attractions in Hoi An ancient town, Vietnam. The original name of covered bridge is Lai Vien Kieu. It is considered that the Bridge belongs to the Japanese community in Quang Nam. It was built in the early 17th century. Arrive Hoi An, you must take trip to visit this pure beauty bridge.

History and location
A legend has it that the monster name Mamazu which has its head in India, tail in Japan and its back in Viet Nam when it move is reason causing earthquakes so the Japanese built this bridge as a weapon to deter the monster. Hoi An Japanese bridge was constructed by the trading community in 1593 to connect with the Chinese area on the other side of a small stream. The bridge is a spectacular attraction and is a beautiful trace of Japanese influence in Vietnam.

The Hoi An Japanese Bridge crosses a small canal on the west end of the Old Town, connecting Tran Phu and Nguyen Thi Minh Khai street – the main thoroughfare along the river. 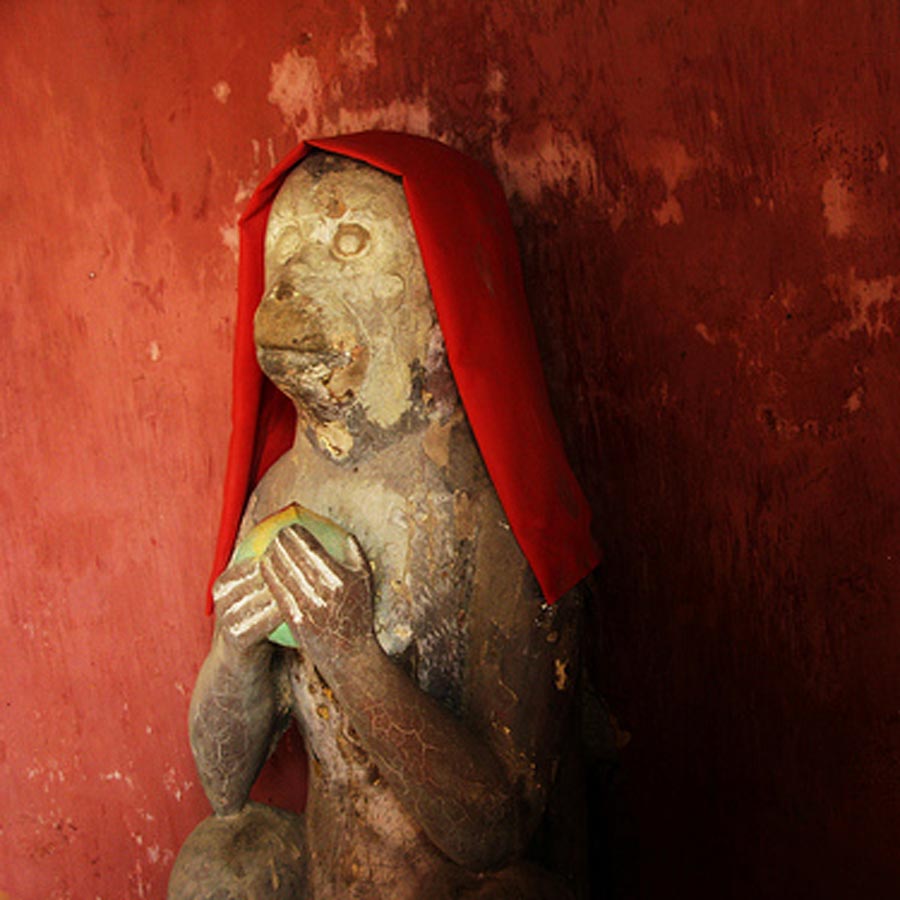 The bridge was build from 1593 – on lunar year, it was year of the Monkey, and finished in 1595 – year of the Dog, so pair of animal statues has been placed at bridge. Monkey and Dog represent for the guardians of the bridge.

There’s a small temple on the north side of the bridge, right in the middle over the stream. So Vietnamese call this bridge is Chùa Cầu, Chùa means temple, pagoda. Cầu means bridge. Inside the temple is God Tran Vo Bac De. This God is considered the God of Weather. The Hoi An believe that he can controls all kinds of weather changes and natural calamities, so the sailors both worship and fear him.

How to get there:

Keep reading: Hue to Hoi An tour by car