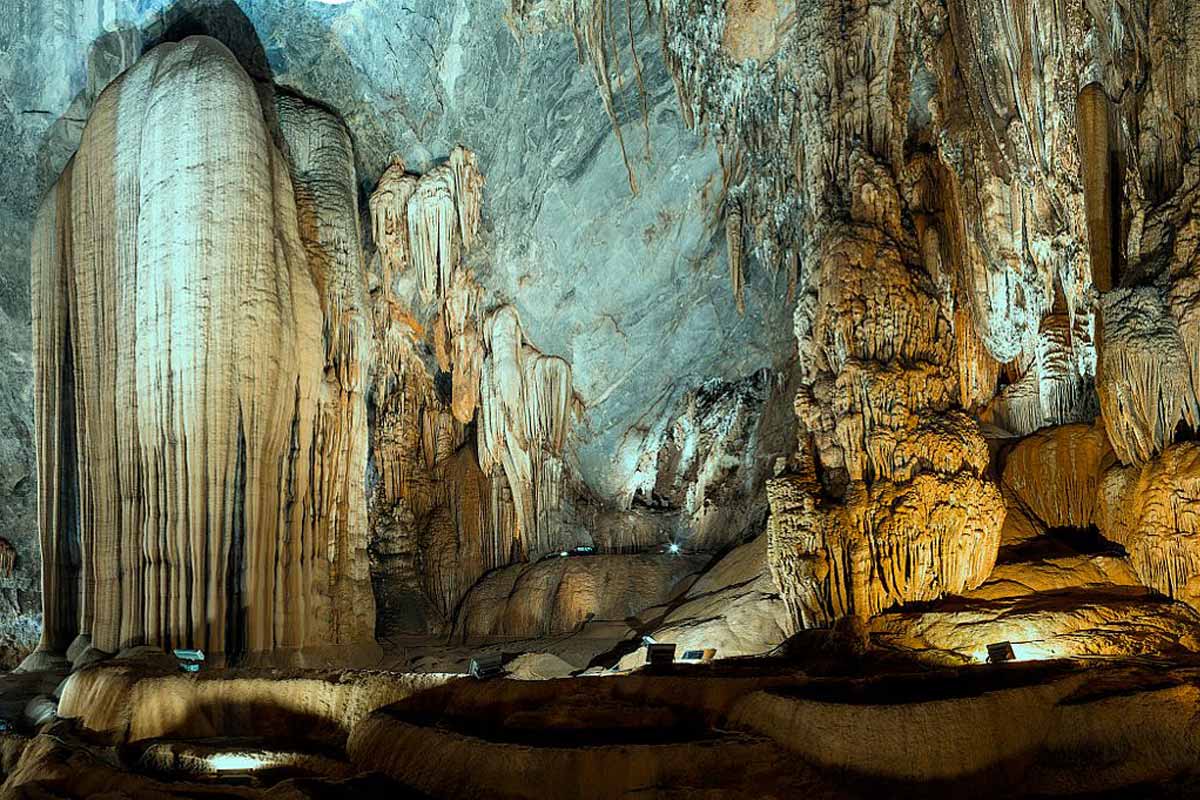 As a northern central coastal province of Vietnam, Quang Binh is seen as a transitional area of culture from North to South and from East to West. It has been blessed with forests, sea, rivers and mountains with many green and clean landscapes.

Up to the forests… Visitors will experience an adventurous and interesting trip when seeing the lively beauty of animals such as Vooc Ha Tinh, bears, tigers, sao la, large deer, white-tail blue pheasants and black comb blue pheasants. Particularly, Quang Binh boasts a vast young Karst area of Phong Nha Ke Bang – Him Nam No which is typical in both Vietnam and the world. With 300 small and big caves, the Karst area is dubbed as  the kingdom of caves which remains a mystery and an attraction to explorers, scientists and tourists. The Phong Nha grotto system have been evaluated as the most valuable in the world with for four best things. Phong Nha is the longest and deepest underground river 13,969 meters, the widest and highest cave entrance, the largest and most beautiful sand bank, and the most miraculous and magnificent stalactite. The Phong Nha Ke Bang National Park was recognized by UNESCO as the world natural heritage in July, 2003.

Down to the sea…The coastline has many long, wide and beautiful beaches. Glitter sand banks here have seen many footprints of visitors and lovers. Stone mountains stretching to the sea form many sea ports, beaches and spectacular tourism sites such as Nhat Le estuary, Gianh port, Hon La bay and Da Nhay beach. There are a number of hot mineral springs, especially Bang stream with a temperature of 105 degree Celsius, where visitors can treat their diseases while having relaxed time at a complex of ecotourism and sanatorium areas. There is nothing more wonderful than having a sea bath while enjoying seafood. Scarce seafood such as lobster, prawn, sea cucumber, cuttlefish and squid are popular with visitors.

Home-stay is a special tourism product in Chay Lap village, Bo Trach district, Quang Binh province which offers holiday makers chances to experience daily life with local people. This kind of tourism has attracted a large number of foreign tourists, especially those from western countries. Also, listening to Ca Tru (ceremonial singing) in Dong Duong village in Quang Trach district, is also a favorite of both domestic and foreign tourists. Dong Duong is dubbed as the cradle of ca tru in Quang Binh and is the only locality where Ca Tru is preserved and developed