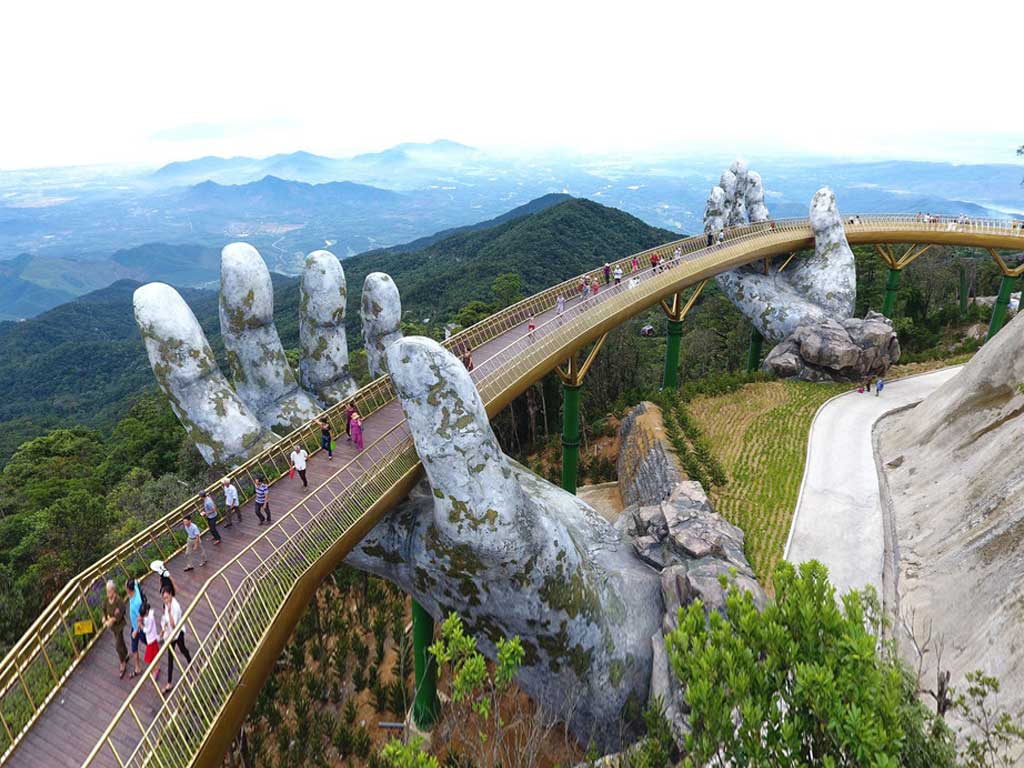 Here are the top things to do in Ba Na Hills. 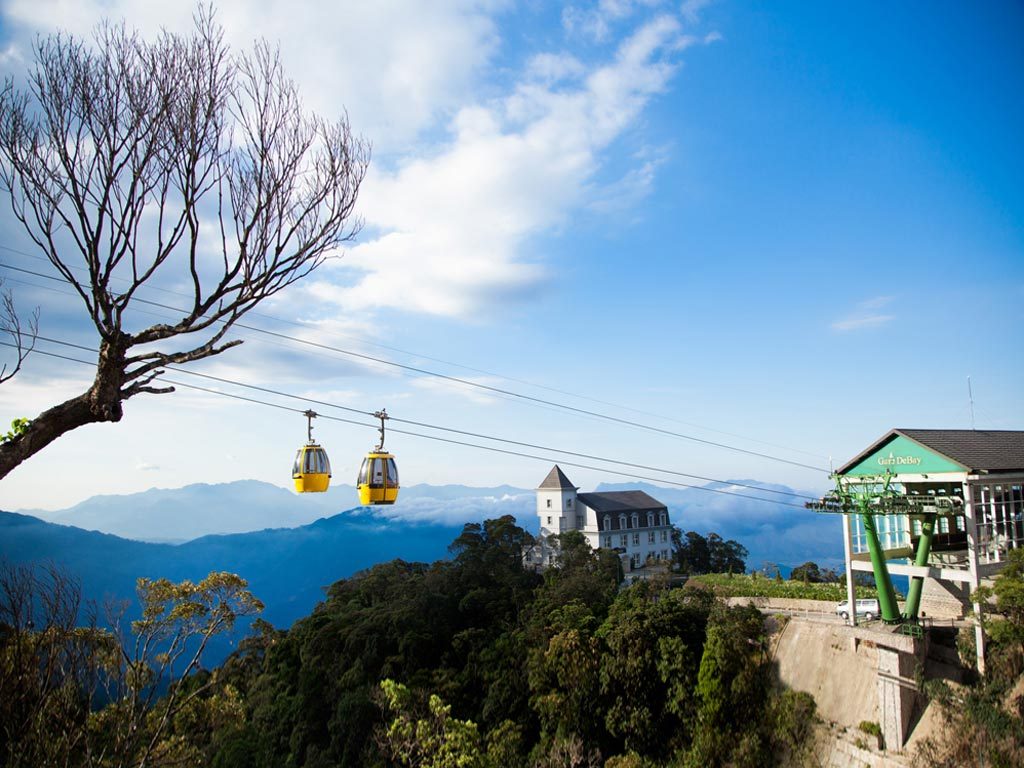 1. Scrolling through the Golden bridge

Ever wondered that how is it feels like to stroll through the hands of God? Yes, now you will, thanks to Golden Bridge in Bana hills, the bridge is 150m long walking bridge nestled in Morin Station, 1.400 meters above the sea level. The giant hands, that appear to be emerging from the hillside, standing in the Golden bridge you have looked over Da Nang city and the awe-inspiring views of the mountain landscape. When the clouds the entire mountaintop, the illusion is even more complete. It looks like what you see in Disney’s film.

Located 60 minutes driving from Danang city centre, or 90 mins driving from Hoi An, the Golden Bridge (Cầu Vàng) offer a truly sublime experience that makes your trip become well worth.

2. Seating in the cable cars 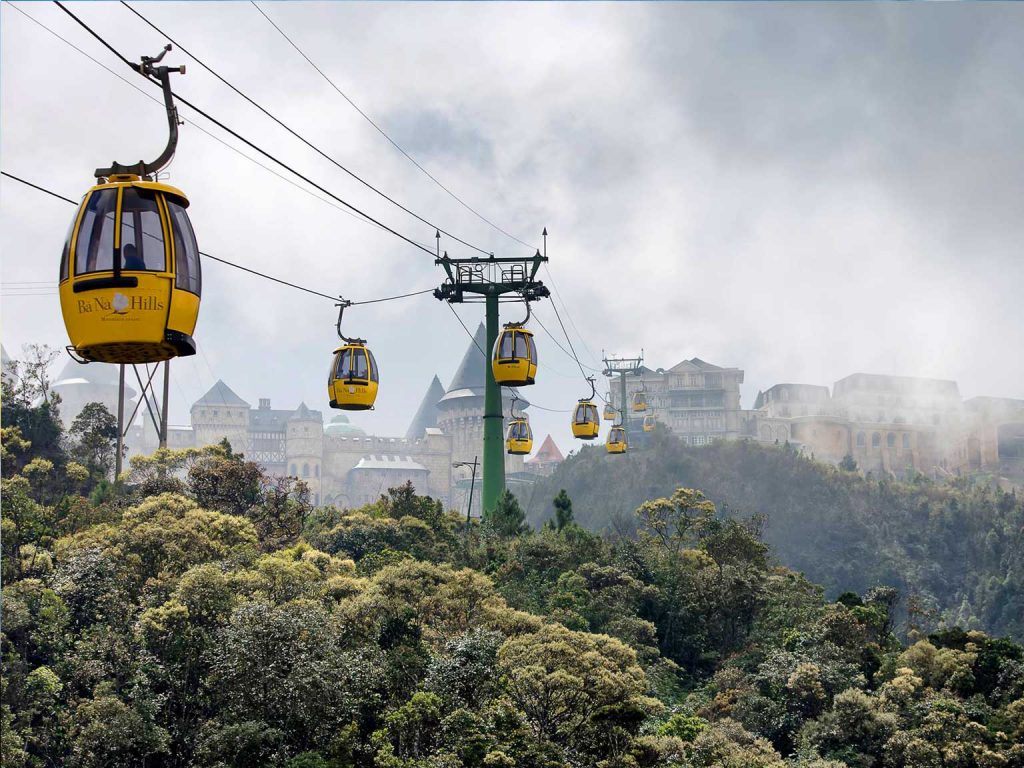 The cable car in Ba Na Hills was completed in 2013 with 1 line and it has been built new line until now and it holds several Guinness World Records, including the longest gap between stations and the greatest change in elevation. You will see the views of Danang city and the coast in the distance, and the fresh jungle.
It is lucky if you catch the Red-shanked douc in the tree. Doucs are, like all monkeys, social animals. They live in groups with an average size of 4 to 15, but groups of up to 50 have been recorded in Bana hills. A group usually consists of one or more males and approximately two females per male.

3. Walking through the French Village 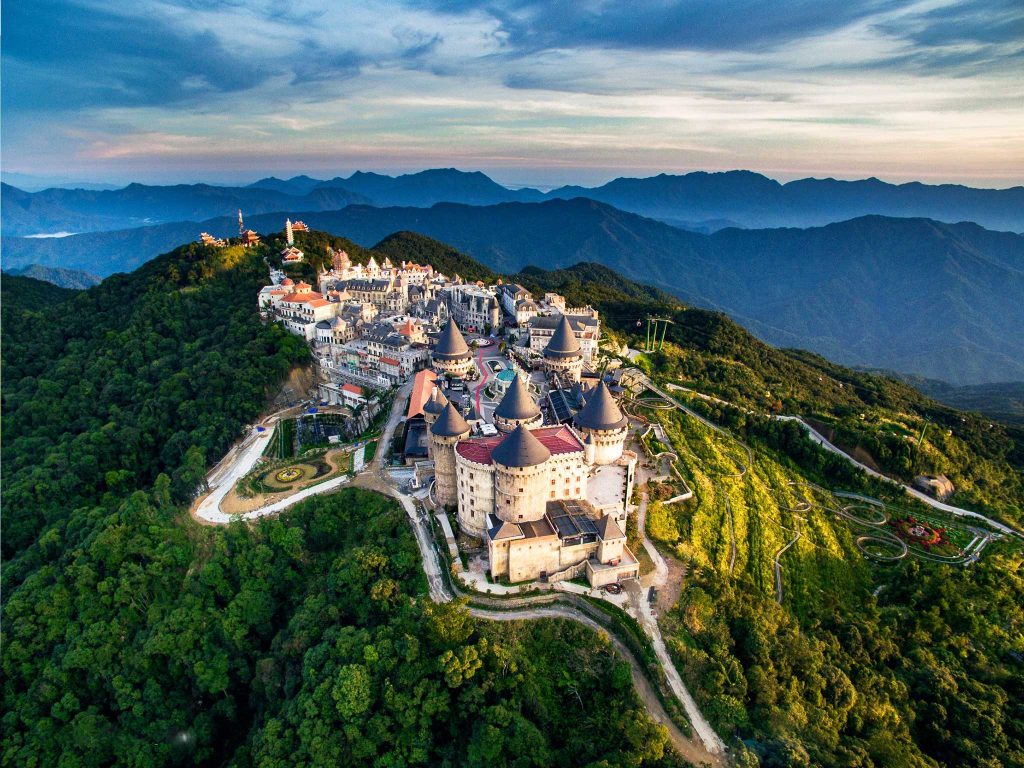 Up the hills, you are impressed by the Alps in France. No, it is Bana and the castle look like a French village. The cobblestone streets and European-style buildings are remarkably well-built considering that this resort is in Vietnam and at an elevation of 1,500 meters. 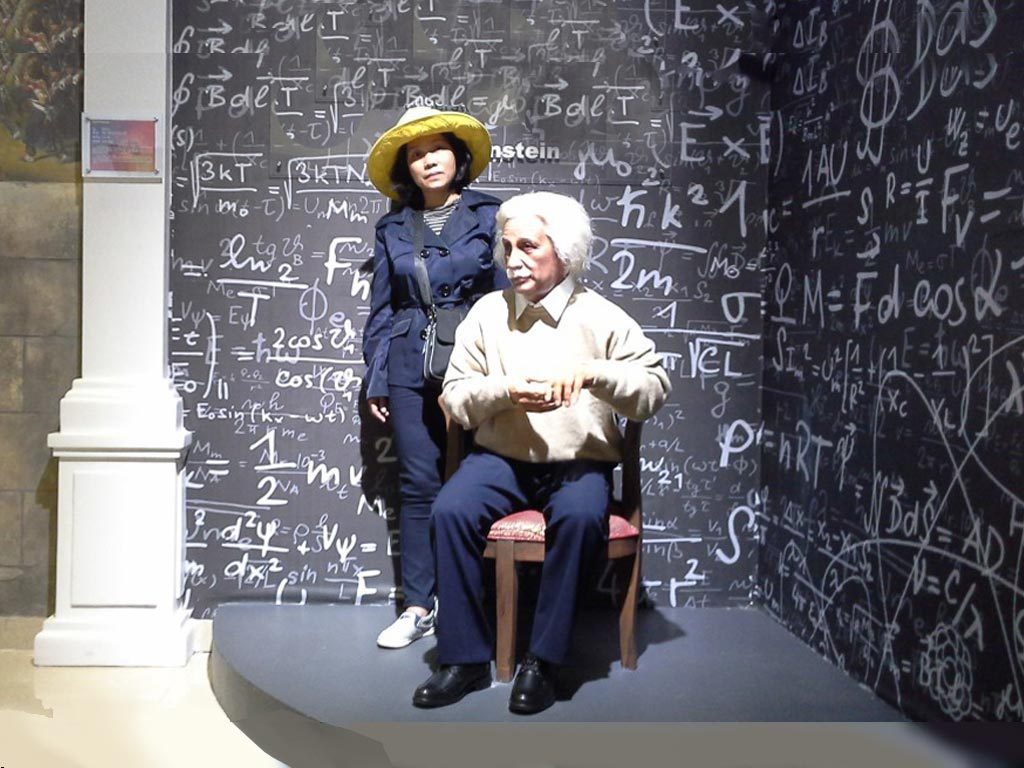 This museum as creepy as its interesting. Have you ever wondered what your idol or the most famous people stand here and look like up close? Yes, in the Ba Na Hills Wax Museum, you get to see some statue is the same the real person from hair, the hight, clothe… And don’t forget to selfie with them. 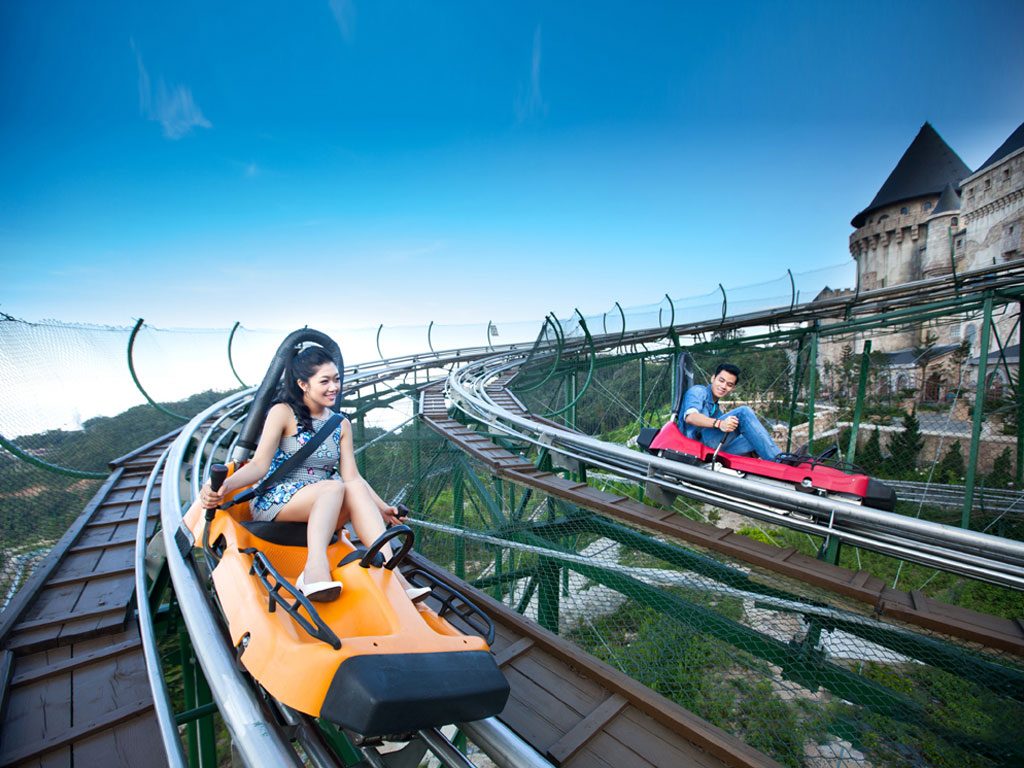 Save the rides in the Fantasy Park for later and head to the Alpine Coaster first while it’s still daytime. The cars can drive up to 35 km/h, it is crazy when passing the hill but you don’t worry, the car control by its own braking system so we can go as slow or fast as we want.

6. Having lunch at the world-class Restaurant 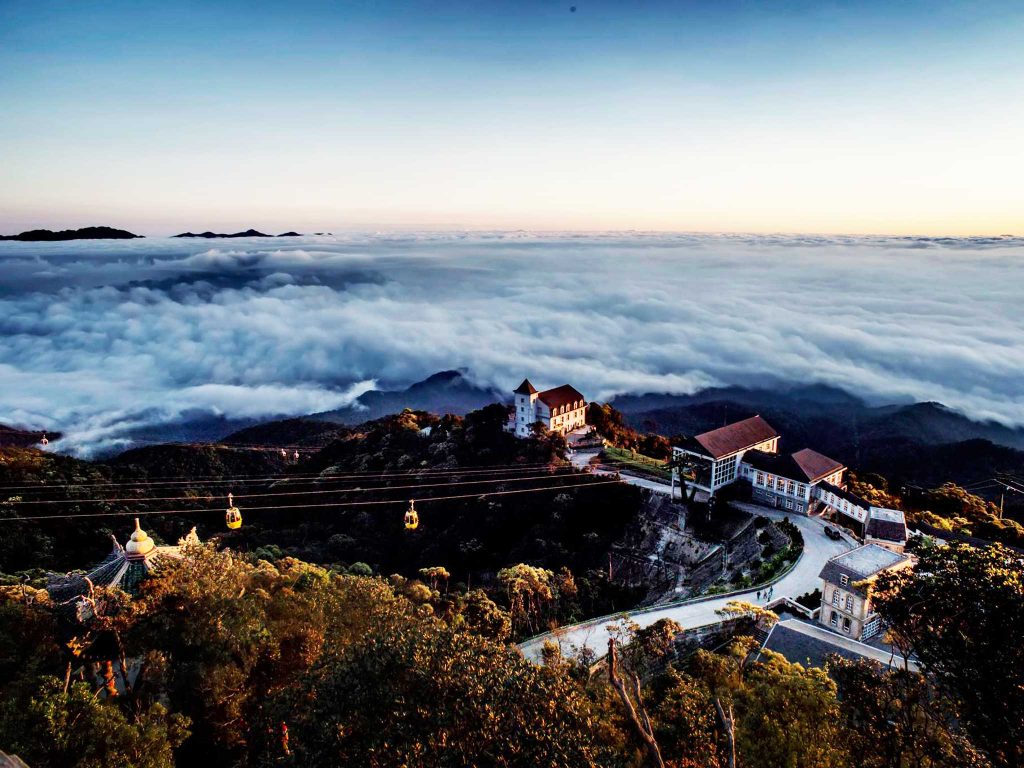 They offer a variety of restaurants with extensive menus and catering services, along with different serving selections – set menu, barbecue, fast food, etc. – the needs and tastes of each visitor are met.

Most of the restaurants can be found in the French village quarter, Fantasy Park. Eating and drinking are a grave art of life, a motto we adhere to fully and completely.

Don’t forget to stop in KavKaz Vista Restaurant, this is a Russian cultural space. The restaurant is designed like an ancient castle. The KavKaz Vista restaurant is famous with a flavor of Russian grilled dishes, tasted with Vodka 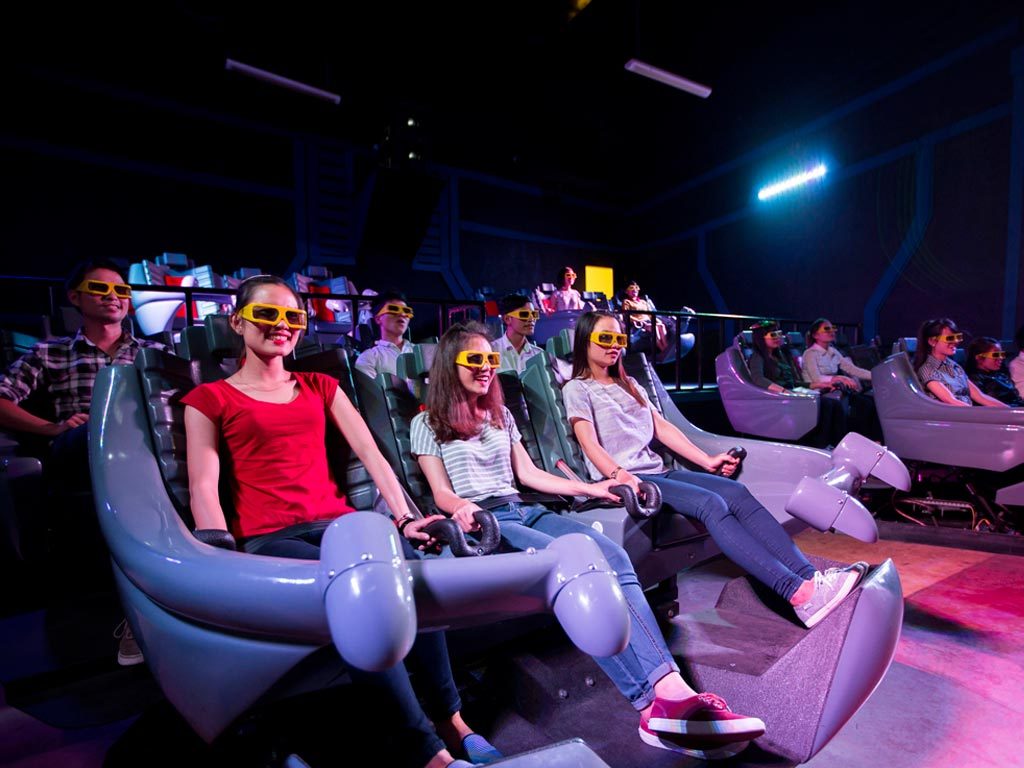 The cinema is featured with a large 3D screen and moving seats, the Death Race lets you feel the thrills of flying in a F1 air race.  There are even machines for smoke, wind, steam to further trick the senses. It is a nice experience for your kids or the youth.

8. The Drop Tower and Fantasy Park 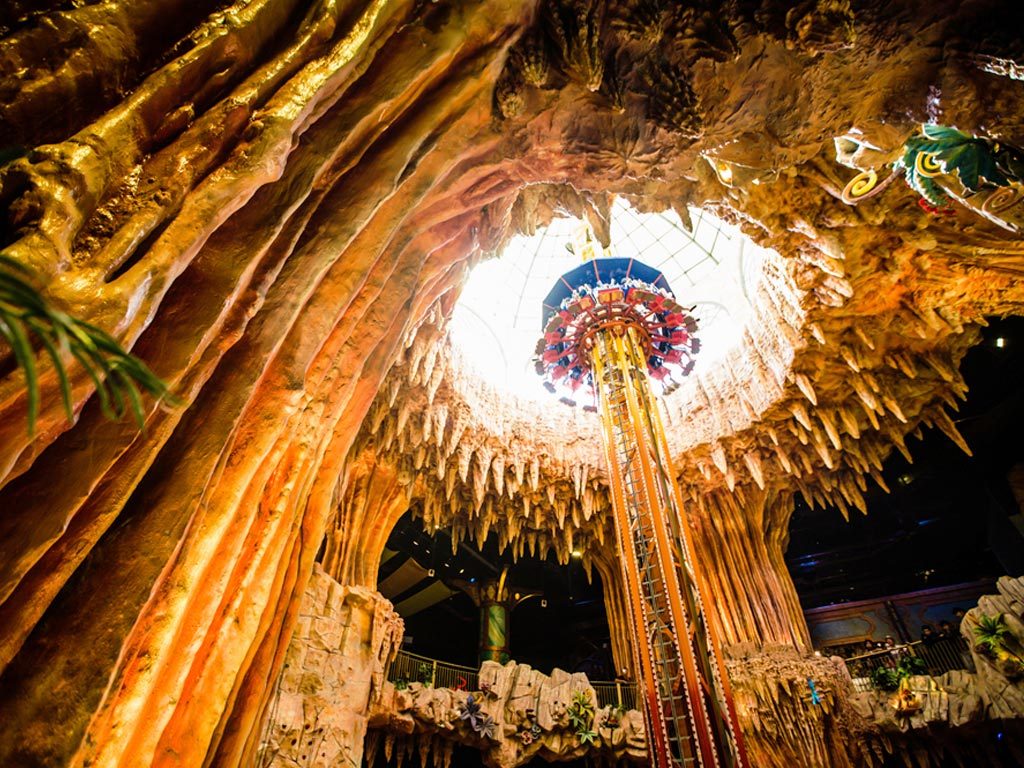 From bottom to top, this ride is about 29 meters high. From the highest peak, you can see the spectacular view of Ba Na Hills through the window just before you are dropped into the depths of a cave. The Tower Drop is strictly for the brave. Besides this game, you can explore Jurassic Park, play skive pilot, Carnival game, small park for kids, prize Catching, discovery the underground by train… 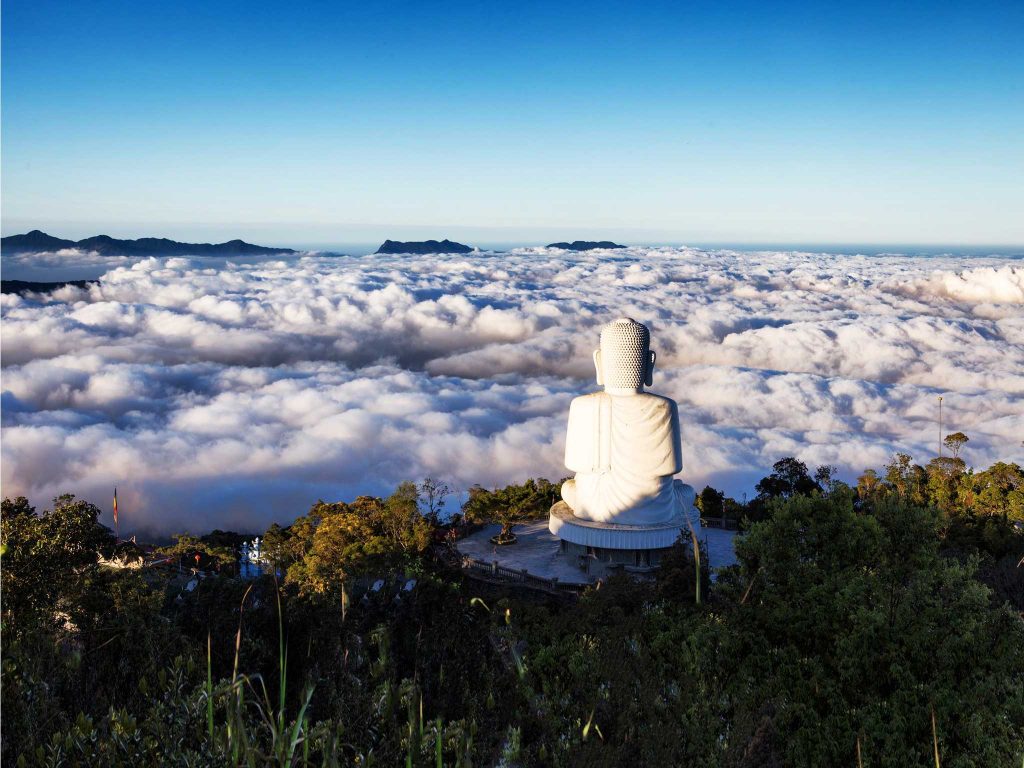